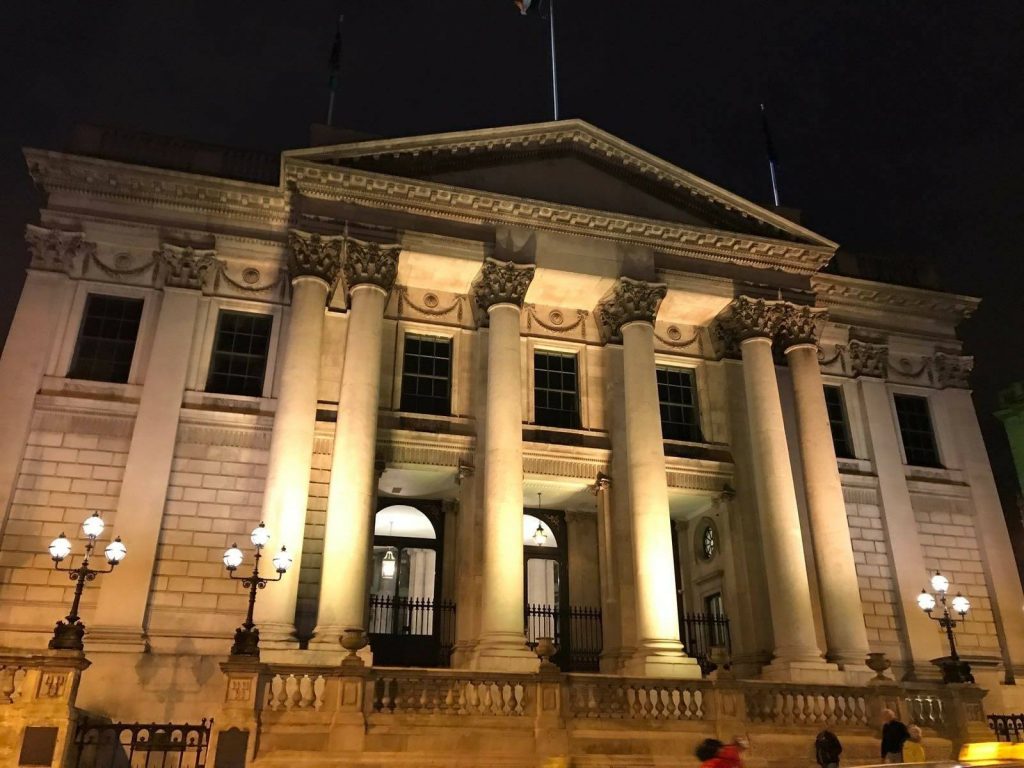 We are nearly half way through the Bandwagon Bus tour when we pass by Dublin City Hall built between 1769 and 1779 by Thomas Cooley. Irish Republican Sean Connolly was shot on the root of city hall during the Easter Rising.

Now we are rolling past the City Castle. Built in 1922 it was the seat of the British government’s administration in Ireland. After learning the history of Dublin Castle we are ready to hear one of the most loved Irish ballads ‘The Auld Triangle’. This song was first performed publicly as a part of the play The Quare Fellow (1954) by Brendan Behan.