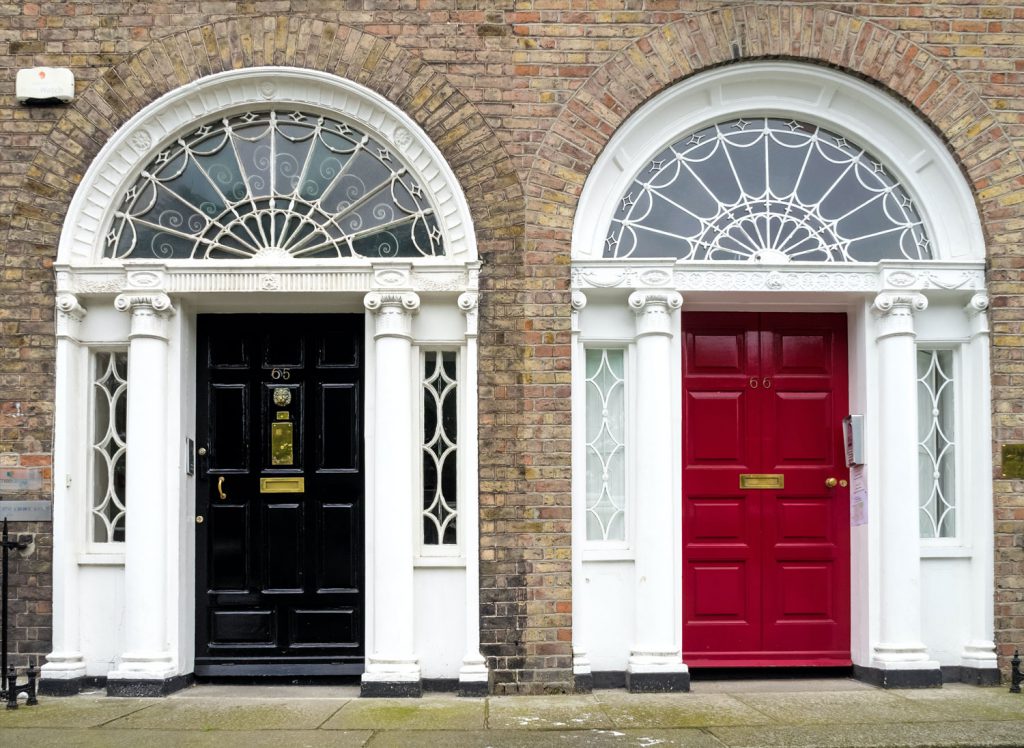 We drive slowly towards Merrion Square, singing the famous ‘Raglan Road’. We know that there will be a few of you singing along to this beautiful song based on Patrick Kavanagh’s poem. Merrion square was laid out after 1762 and was largely complete by the beginning of the 19th century.

The demand for such Georgian townhouse residences south of the River Liffey had been fuelled by the decision of the then Earl of Kildare (later the Duke of Leinster) to build his Dublin home on the then undeveloped southside. He constructed the largest aristocratic residence in Dublin, Leinster House, second only to Dublin Castle. As a result of this construction, three new residential squares appeared on the Southside: Merrion Square, St Stephen’s Green, and the smallest and last to be built, Fitzwilliam Square.