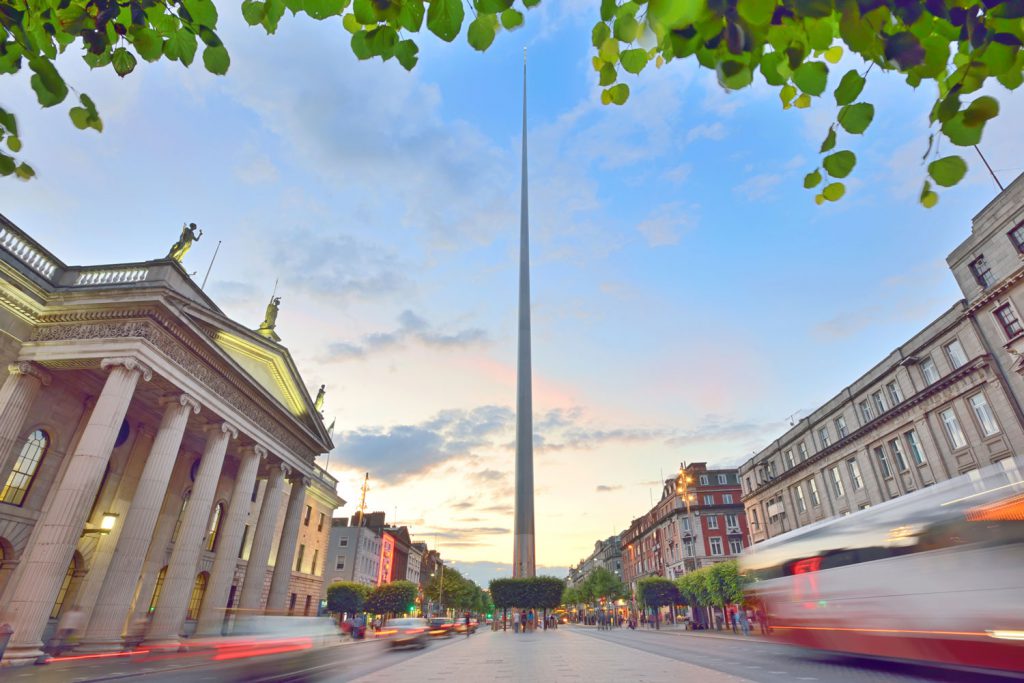 This is the excerpt. It measures 49m width at its southern end, 46 m at the north, and is 500 m in length. During the 17th century, it was a narrow street known as Drogheda Street (named after Henry Moore, Earl of Drogheda). It was widened in the late 1700s and renamed Sackville Street named after Lionel Sackville, 1st Duke of Dorset. until 1924, when it was renamed in honour of Daniel O’Connell, a nationalist leader of the early 19th century, whose statue stands at the lower end of the street, facing O’Connell Bridge. Here we will pay tribute to the ‘Dying Rebel’. A song with a long lasting legacy.

Along the way we will see the Daniel O’Connell Monument and Jim Larkin Monument. Once we reach the GPO, the General Post Office. Famously used as a headquarters by the leaders of the 1916 Easter Rising it will be time for another historic ballad. Let’s sit back and listen to our musicians blast out Padraic Pearse.